Alfred Tomatis was a Medical Doctor (ENT) who devoted his life to studying the close relationship between the voice, the brain and the ear. His work has had a revolutionary impact on how an individual communicates with himself and others. A pioneer in the field of cognitive science, Alfred Tomatis leaves an indelible mark both with its discoveries and by his extraordinary personality. Today we measure the extent of his inheritance in the light of recent research on brain plasticity. In 2016, the famous neurologist Norman Doidge gives him a tribute in his latest book ""The Brain's Way of Healing"". Let's go back in time." 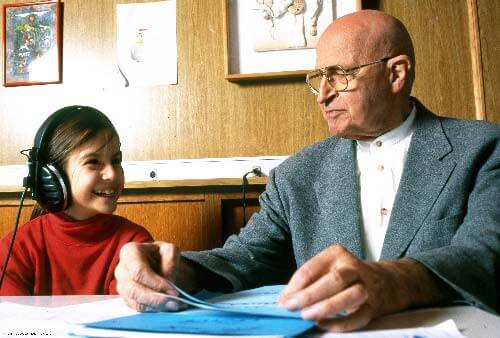 Alfred Tomatis (1920-2001) is a French ENT Medical, searcher and founder of the eponymous method. His work had a revolutionary impact on the understanding of the ear and was a milestone in the approach of the motor, emotional and cognitive disorders.

Alfred Tomatis was born in Nice and grew up in a family of singers. His grandfather and his father, Humbert Dante Tomatis, both had brilliant careers at the Opera and rubbed shoulders with the great singers of their time. At 11 years old, Alfred was sent by his father to study in Paris. There, Alfred changes and transforms from a rebellious child to a studious pupil, feeling very soon that he is called to become a doctor. After medical school, he chose to specialize and become an ENT. With his connections, most of his clients are comprised of singers and friends of his father, most suffering from vocal problems. 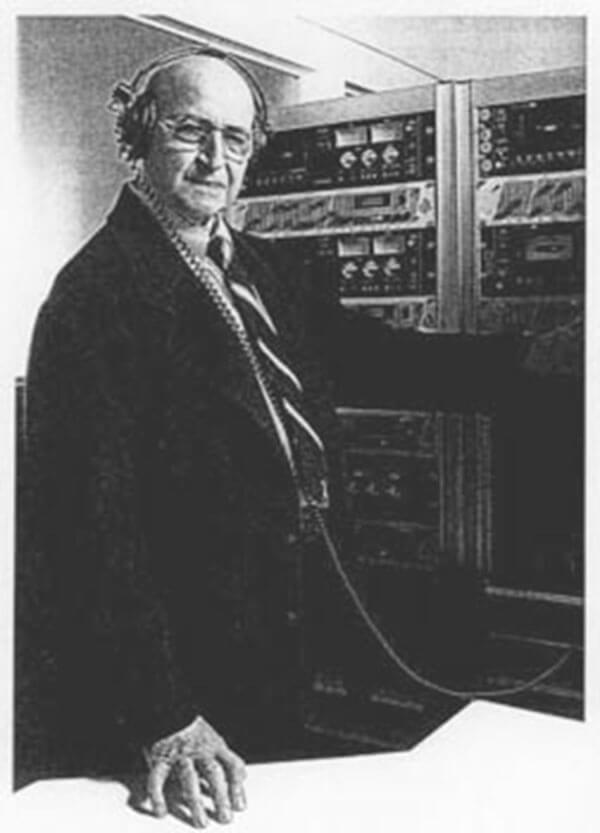 The creation of the Method

Alfred Tomatis worked as an Intern at the Bichat’s hospital in Paris then moved on to the city of Bretonneau. The young doctor was faced with the horrors of war after the bombing of Paris in 1943. Alfred, after the war, managed the acoustic labs of the aeronautical arsenals and was tasked to examine the hearing of employees subjected to daily sounds of engine planes and suffering from work-related deafness. He then noted that the alterations of their ears were systematically accompanied by a vocal deficiency. He quickly drew a parallel between the audiometric profiles of workers and those of singers whose voice, when pushed to the maximum, could reach the same number of decibels than a jet engine. As workers, singers had damaged their voices by damaging their hearing. He highlighted the existence of an audio-vocal loop, and that “the voice only contains what the ear can hear”.

Alfred Tomatis observed a fundamental difference between hearing and listening: hearing designates the passive reception of sound. Listening, is to select sensory information to make sense. He invented a device capable of rehabilitating listening through a system of sound called “electronic gating”:or the Electronic Ear.

In 1957, he submitted the “Tomatis laws” to the Academy of Sciences in Paris. These laws established that:

In 1958, the first Electronic Ear was presented at the Universal Exhibition in Brussels, and earned him the Gold Medal for scientific research.

Alfred was the father of five children. One of them, Christian, studied psychology and joined the family business for several years. During those years, Christian helped his father and participated in his research work.

Over the years, Alfred Tomatis continued doing research and collaborated with several universities in South Africa and Canada, he then observed that the ear plays an important role in posture, balance and muscular tone. He develops the hypothesis on auditory laterality and the existence of a dominant ear. Finally, he was one of the first specialists to discover and point out that the fetus hears from the eighteenth week of pregnancy and that the ear plays a major role in cognitive development. He then established that intra-uterine listening is critical to emotional development. The interactions he found out between the Otorhinolaryngology and psychology led him to create a new discipline: the audio-psycho-phonology.

The extension of the Tomatis® Method

All of his research and successful clinical trials led him to expand the fields of application of his Method: attention, learning, voice and language, emotional control, coordination and motor skills, and Autism Spectrum disorders. Alfred, started assisting autistic children and succeeded where the therapies of conventional medicine of the time had failed. His Method helped people with major disturbances and changed their lives and those around them. To achieve that success, Alfred Tomatis had to expand his structure and surround himself with brilliant professionals. He worked for a time with the French pediatrician and psychoanalyst Françoise Dolto. His center of the Avenue de Courcelles, in Paris was organized with the precision of a conductor in order to receive a growing and diverse international clientele.

Many personalities requested to be seen by Alfred Tomatis. Among them, Maria Callas, at the height of her fame, came twice to "put her voice back." She had the inner conviction that her voice was tied to her ear and her beliefs were in line with Alfred’s. In 1965, the drama teacher Jean-Louis Cochet, who was also a friend of Alfred, brought him one of his students, someone called Gerard Depardieu. The young man faced significant language difficulties and was struggling to express himself. He would later deliver a moving testimony on his debut and his experience with the Tomatis® Method.

Alfred Tomatis wrote 14 books including the highly successful The Ear and Language (1963), The Ear and Life (1977), The Ear and Voice (1987), School Troubles (1988), Nine months in Paradise (1989), Why Mozart? (1991). These books reflect the will of Alfred Tomatis to make his approach understandable and to speak directly to a wide audience. He faced sharp criticism from some of his colleagues who did not appreciate his approach.

During his career, Dr. Tomatis was a figure both controversial and admired. Controversial at a time when understanding the brain was in its infancy. Admired because Alfred Tomatis, followed his instincts and defended his ideas, he had the determination to find solutions regardless of the critics, all that mattered to him was to change lives. Finally, tired of constantly being criticized by his peers for his intuitions, and doubtless by provocation, he resigned from the Conseil de l’Ordre des médecins in 1974, before being removed.

It is abroad that the Tomatis® Method receives the most favorable reception. Alfred Tomatis traveled the world with his wife Lena in order to present his Method. Application centers opened throughout Europe, Canada, the USA, South Africa and Japan. Alfred Tomatis made sure to preserve the integrity of his Method and to protect it intellectually.

Alfred Tomatis used one of his friends, the painter and sculptor Edgard Pillet to design the symbol of his organization. The design shows generous curves and sharp angles, the artist balanced the features of an organ as disgraceful and as essential as "the pavilion of the ear" to make the perfect logo. Originally, the work was engraved in the rough stone to sublimate the contours and undulations of an organ that hides in its center the mystery of listening. Alfred Tomatis saw in the form and shape of the ear those of the fetus. This was a whole new level of symbolism because of the importance that this organ plays in the baby’s development in the mother’s womb. It became the official Tomatis® logo that is nowadays represented in more than seventy five countries. 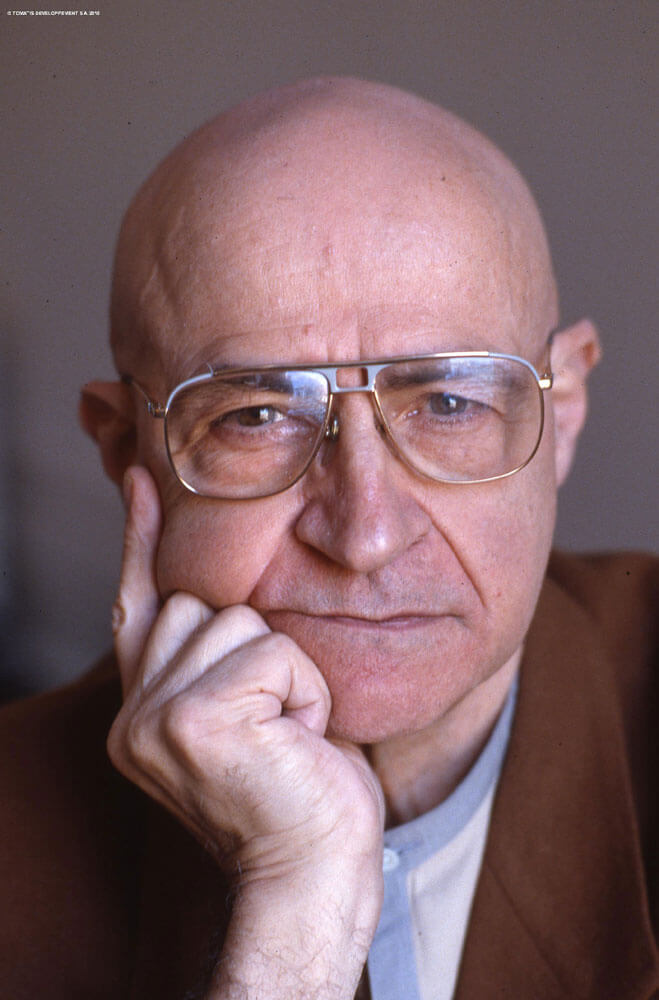 The discoveries made on the ear and on the use of sound stimulation by Alfred Tomatis, have left an indelible mark in the field of neurosensory stimulation. From the beginning of his early work, Alfred Tomatis has been an inspiration to many other companies trying to develop alternative programs but never succeeded reproducing the Tomatis® effect, even though they sometimes claim they did…

By passionately working on the relationship between the ear and brain and by assuming the perfectibility of the latter, he pioneered the work on brain plasticity and in the field of investigation we now call "neuroscience ". Progress acquired in recent years is a posthumous scientific recognition to his intuition. It is now recognized that the listening and emotional management capacity are related, that the ear is an energy source for the brain, it has an effect on motor skills and body posture, and finally that the Tomatis® Method is an effective additional help in treating disorders relating to behavior, emotions, language and voice. One can only salute the determination of Alfred Tomatis to have followed his instinct. In his book "The Brain's Way of Healing", the famous neurologist Norman Doidge gives tribute to Alfred Tomatis whom he considers a pioneer and whose legacy is now measured in light of current discoveries. Today, his Method is a unique and powerful tool used by schools, hospitals, therapists and educators to help the greatest number of individuals.

The company is now headed by Thierry Gaujarengues who was joined in 2009 by Grégoire Tomatis the grand-son of the founder. Alfred Tomatis would be proud to see the progress made by his Method in recent years. Whether for the technological innovation of its tools, its expansion throughout the world, the growing number of professionals trained to its application or and most importantly the number of people it helps on a daily basis.

In fact, each year more than 200,000 people benefit from the Tomatis® Method on five continents! 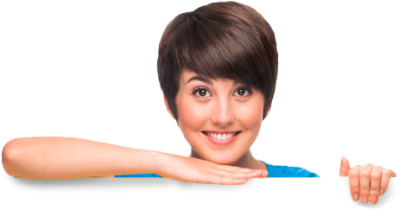