The ear is the most powerful sensory integrator of the human body. More than 80% of the stimulation our brain receives comes from our ear. On one hand it has a major role in the cerebral stimulation of the brain, and on the other hand it has a positive action on the cerebral plasticity of the brain. This explains how it interacts in many fields of application. The Tomatis® Method is a complementary tool to most therapeutic or pedagogical support. It makes it possible to multiply the results obtained, and thus significantly reduce the duration of a traditional therapeutic or medical plan. It can be used at any age (children, adults or seniors) and it can be used for one’s personal development to help fight most difficulties and disorders. 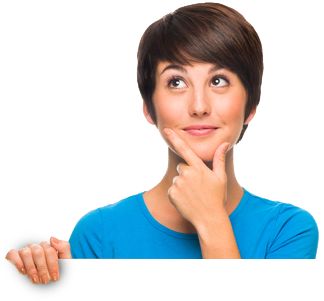 Attention is the ability to select and maintain in consciousness an external event or thought. It corresponds to a general state of arousal and alertness that enables the nervous system to be receptive to any form of information reaching it. Attention difficulties will concern children or adults who cannot concentrate for long enough periods of work to be done, even if it requires little intellectual effort and is routine or familiar (eg, revision work or 'copy).

A particular modality of attention is the ability to be able to divide one’s attention between multiple sources of information or tasks. This attentional modality is very expensive cognitively. When it fails, it can be a source of difficulty and considerable suffering for the child in a school situation.

In addition to its general action of cerebral stimulation (known as cortical arousal), the Tomatis® Method can have a very positive effect on selective attention. Indeed, the Tomatis® Method relies on the electronic Gating® system that causes a sound contrast, the effect of which constantly and naturally surprises the brain.

The goal is to help the brain develop automatic change detection mechanisms. Once these mechanisms are assimilated, the individual can more easily select relevant information and decide to reject or discriminate side events.

For this reason, the Tomatis® Method is a complementary approach to support children and adults with attention deficit disorder with or without hyperactivity (ADD / ADHD). 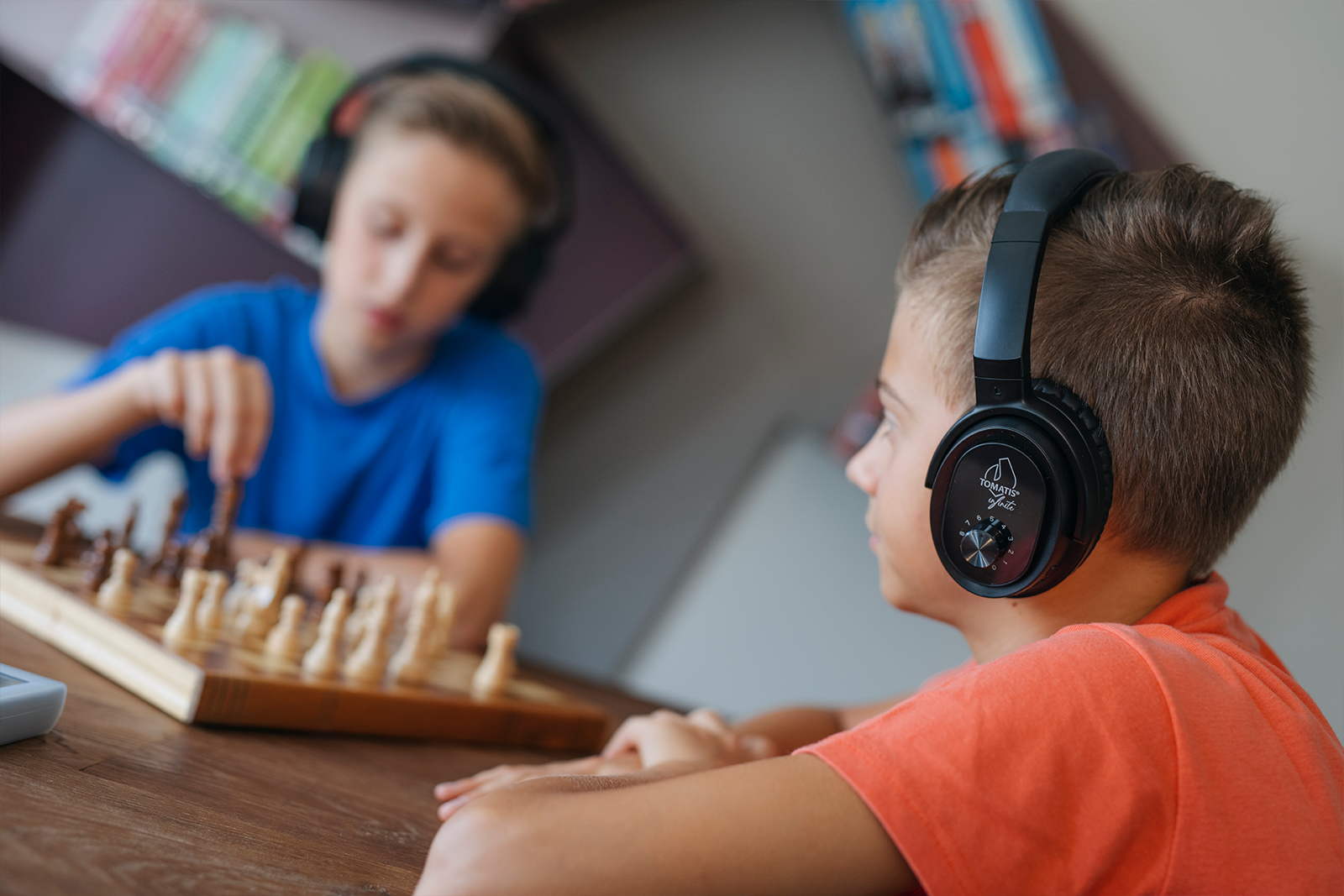 To learn is to acquire knowledge by instruction or study. Whether we learn from imitation, repetition, creativity, failure, or reward, the brain incorporates new information by changing and refining itself to work more efficiently. The brain’s ability to adapt to new information is the reason our responses can become more accurate, more immediate, and more intuitive—with the right training, of course.

The Tomatis® Method uses sound contrasts designed to naturally surprise the brain and to strengthen its ability to detect and analyze changes. It’s a learning program that trains the brain to pay attention to new external events, integrate those events, and ultimately improve cognitive skills. For these reasons, the application of the Tomatis® Method is advantageous in academic settings and is currently offered in hundreds of public and private schools, as an adjunct to traditional curriculum.

For individuals with learning difficulties or differences unrelated to intelligence, the Tomatis® Method establishes compensatory pathways in the brain that circumvent these challenges, improving function in a variety of ways. For example, in the case of speech or language difficulties, the Tomatis® Method facilitates the decoding of sounds and improves speech fluency, which can be invaluable support to traditional speech therapy. 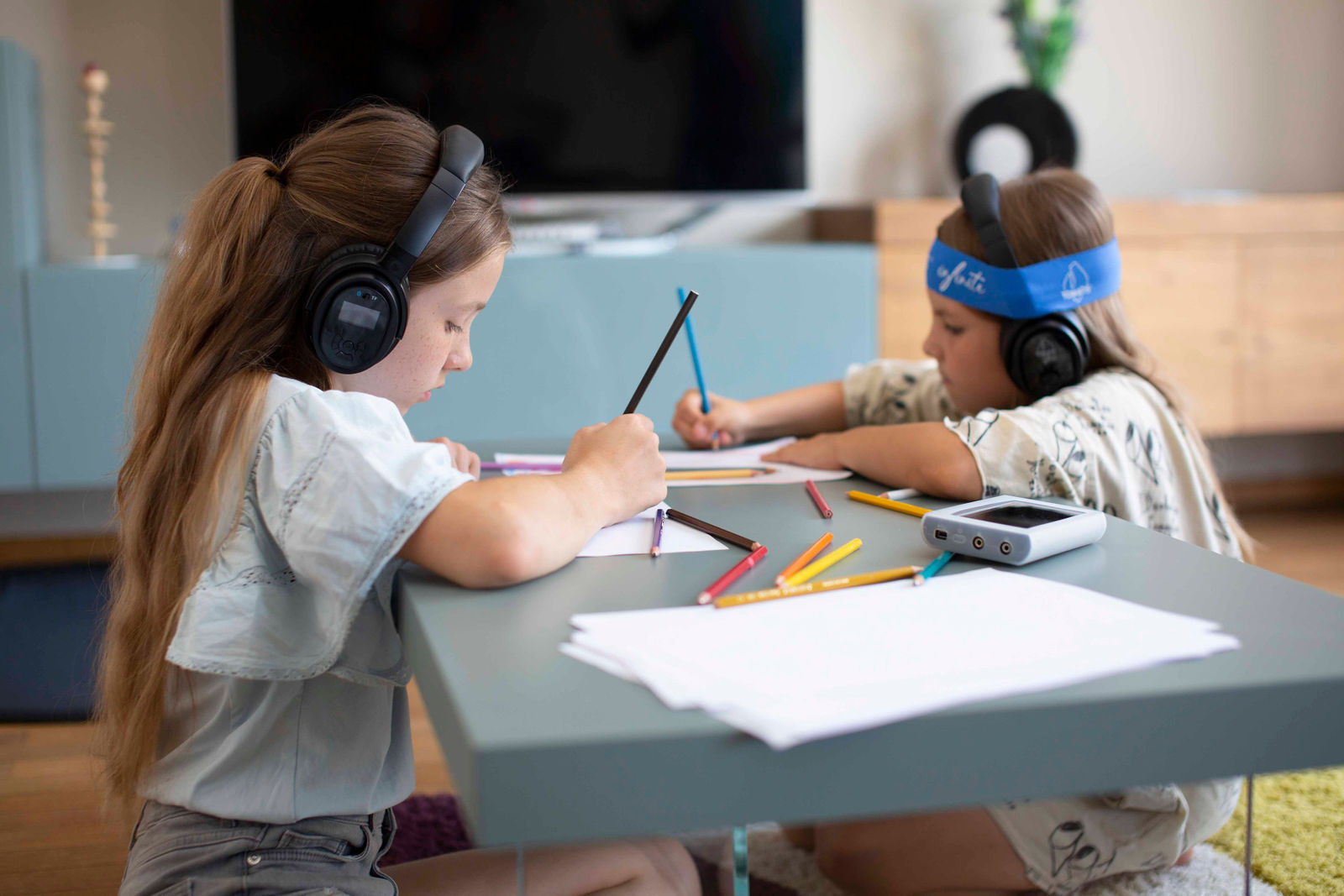 The ability to communicate using one’s voice depends on accurate perception and analysis of sound. Good verbalization requires good self-listening: listening to one’s own voice to assess its quality, intensity, and accuracy.

The sound of our voice is mainly transmitted to the ear by the vibration of the bones of our skull, a process called bone conduction. Alternatively, when sound waves in the air enter our ears, this is called air conduction. The sound is then analyzed by the brain, which directs a response with the voice. There are constant exchanges of information happening between the ears, the brain, and the voice. This auditory feedback loop is sometimes disrupted—usually because of cognitive or emotional reasons—leading to a breakdown in listening, and eventually in verbalizations as well. This breakdown can impact the rhythm, tone, or intensity of our vocal productions.

A compromised auditory feedback loop can result in a person’s reluctance to communicate, difficulty speaking, lack of fluency in speech, lack of accuracy and precision of verbalizations, loss of control of intensity (volume), and other challenges.

By actively exercising the auditory feedback loop with both air and bone conduction, the Tomatis® Method restores the link that connects the ear, brain, and voice, thereby restoring our ability to speak in an effective and efficient way.

By improving the relationship between the ear, brain, and voice, the Tomatis® Method also helps individuals with language skills. An important foundation for language learning is phonological awareness. Phonological awareness is our ability to recognize and manipulate the sounds used in language. The sounds of language include a complex system of pronunciation, rate, rhythm, and tone. For some, mastering such aspects of language is challenging and sometimes occurs at a slower rate than their peers.

Instruction of phonological awareness is essential to language learning and there’s a way to make this process more efficient. By training the brain through air and bone conduction, the Tomatis® Method promotes enhanced perception of the fundamental sounds of language, which solidifies the foundation for further language learning. 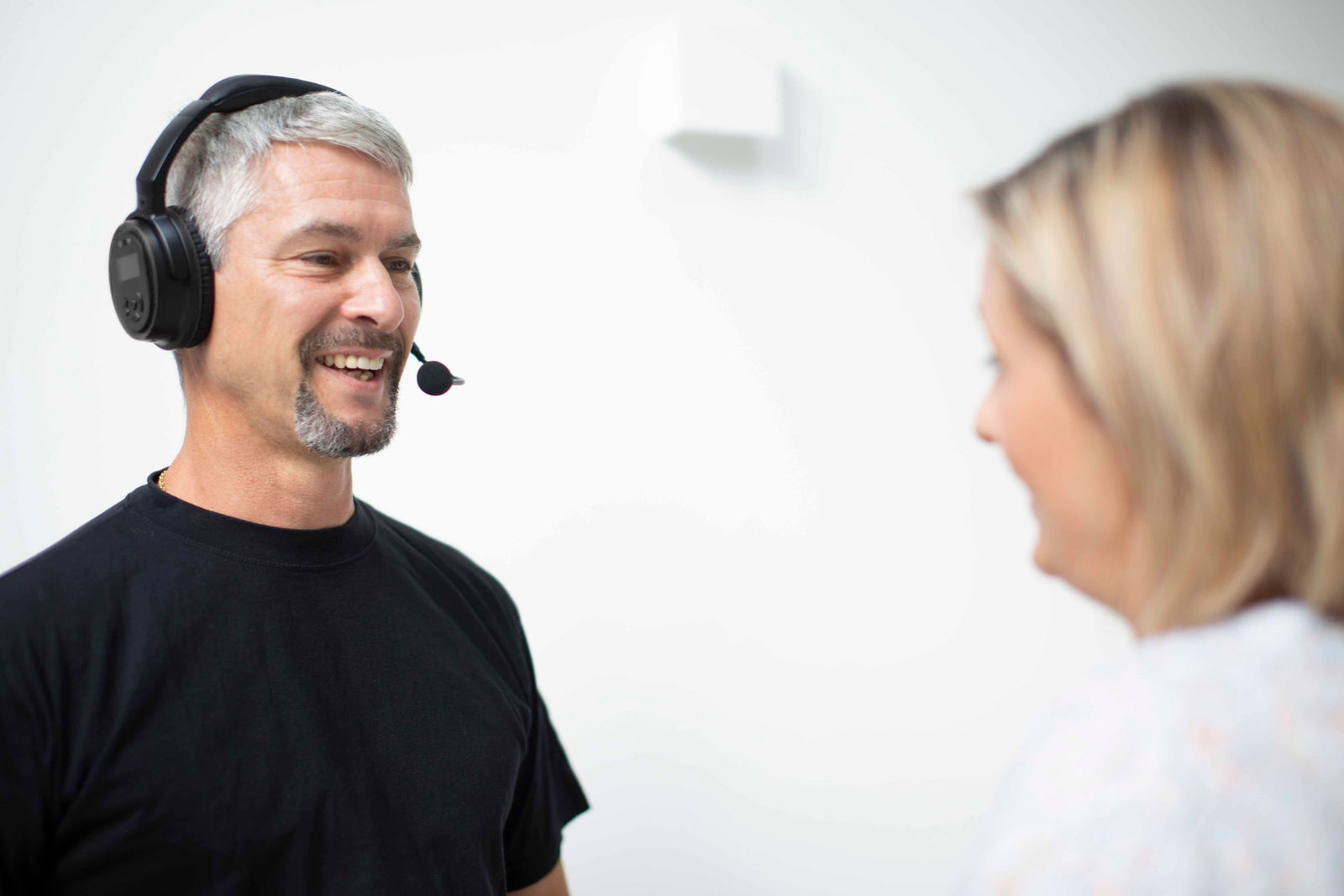 Keeping a body healthy requires exercise. Keeping a brain healthy requires the same. Exercising the brain keeps it healthy by both energizing and relaxing us. As you can imagine, this is a delicate balance that is easily askew when strong emotions surface. When emotions are overwhelming, as in the case of “emotional shock,” the brain may trigger a protective mechanism, which can compromise the information we receive sensorially. This may be the case for people facing major life reorganization, increased home or work responsibilities, social pressure, or other major life challenges.

The Tomatis® Method uses the inner ear as a pathway to brain systems responsible for regulating emotion, memory, and learning. In this way, it can help improve mood and stress regulation. 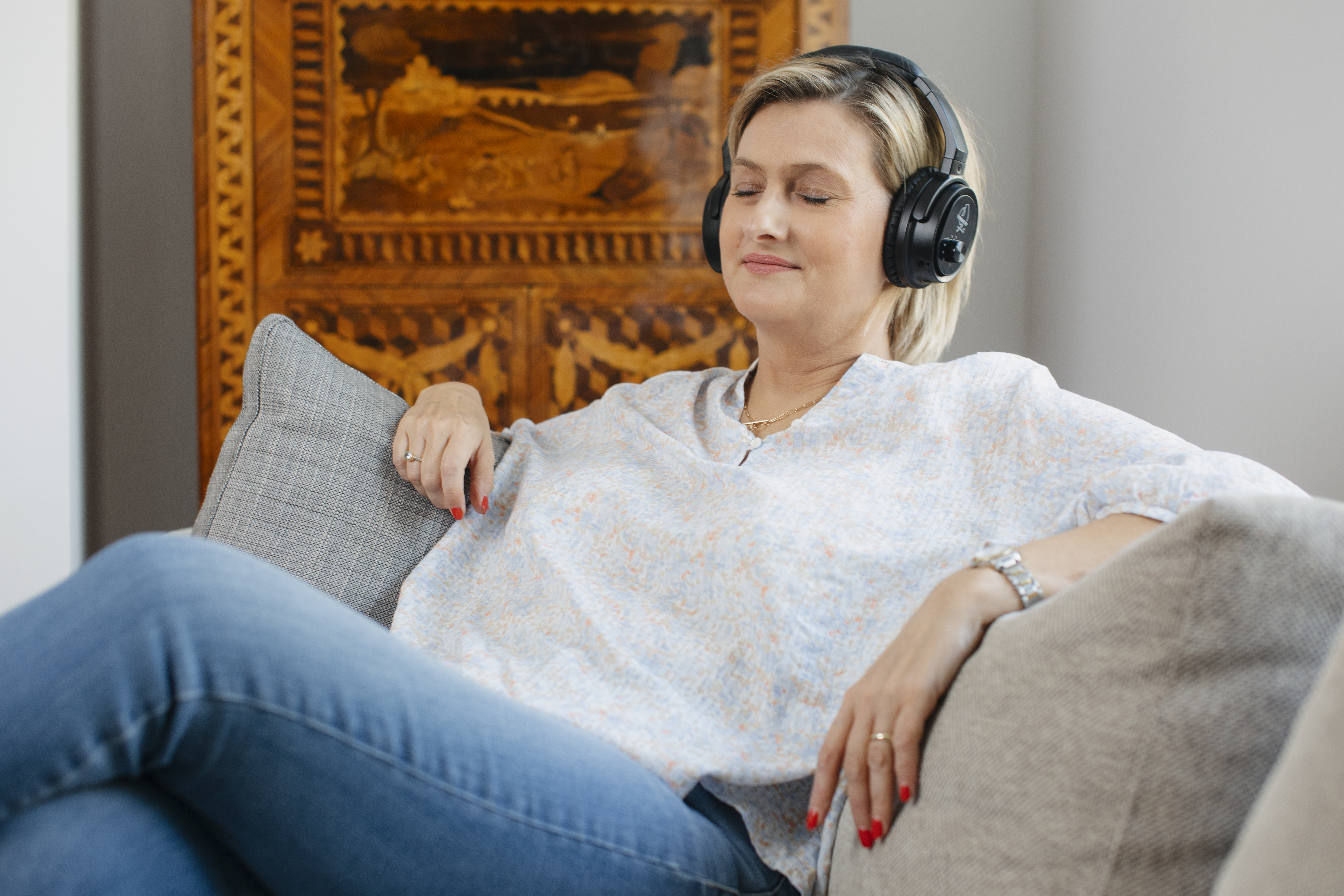 The ear is not only the most powerful sensory organ of the human body, it’s also a driving member. The inner ear contains a structure called the vestibule: a sensory organ for balance. The vestibule senses the slightest movement of the body and passes this information to the brain. It’s heavily involved in regulating motor skills (movement), laterality (right- or left-side dominance), muscle tone, and verticality (our upright posture). 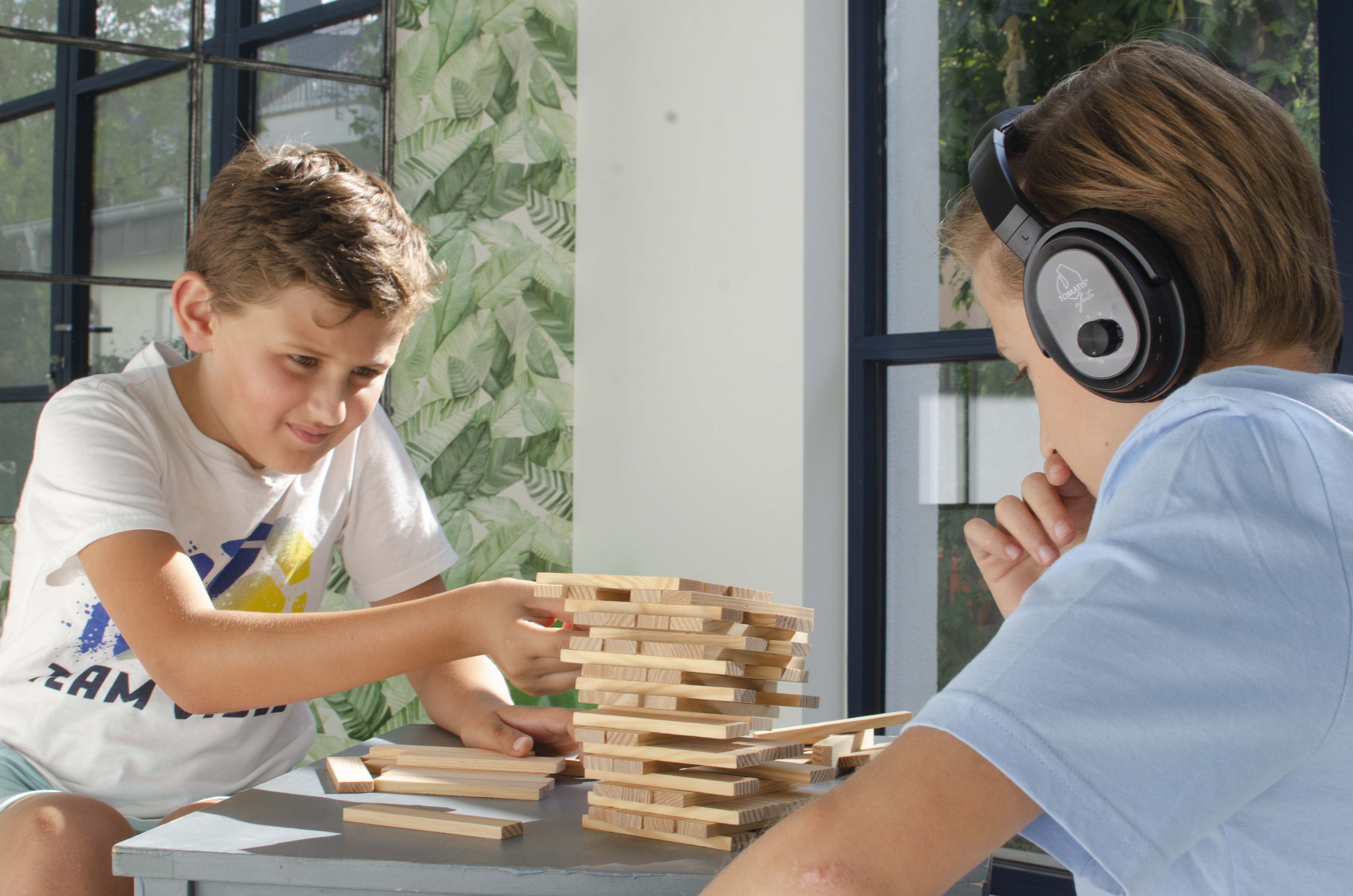 The Autism Spectrum Disorders (ASD) are characterized among other things by difficulty interacting with the outside world and in particular by an abnormality in social communication. A thesis which refers to this day believes that mirror neurons would not be able to function properly. These neurons are distributed diffusely in the brain. They have a key role because they activate the brain areas involved in movement and language even though the subject is passive and observer. In fact, they are essential in understanding the actions, intentions and emotions of others.

These neurons allow us to project a movement, predict a sensation and to feel empathy. In other words, they help us on the one hand to put ourselves in the place of another and to project our action on the other hand. They therefore play an essential role in our social and daily interactions, be it as simple as "smiling at someone" to someone, to feel the feelings of others or to understand his action.

The Tomatis® Method is a drive to the prediction system. In the passive phase, through music treated with special contrasts, the brain attempts to decipher the effects of changes. In the active phase, the subject provides a tone that is automatically corrected by the device. In response, it naturally adjusts the sound of his own voice to match what he perceives. For this purpose, the mirror neuron of the spoken language area are directly requested. In this way, the Tomatis® Method can help people whose disorders are characterized by delays and alterations in cognitive development, communication and social interaction like autism spectrum disorders (ASD) and behaviors sometimes associated with it: Asperger syndrome, sensory processing disorder, or Down syndrome.

The Tomatis® Method is a professional assistance tool in supporting these disorders but not in any exclusive way. 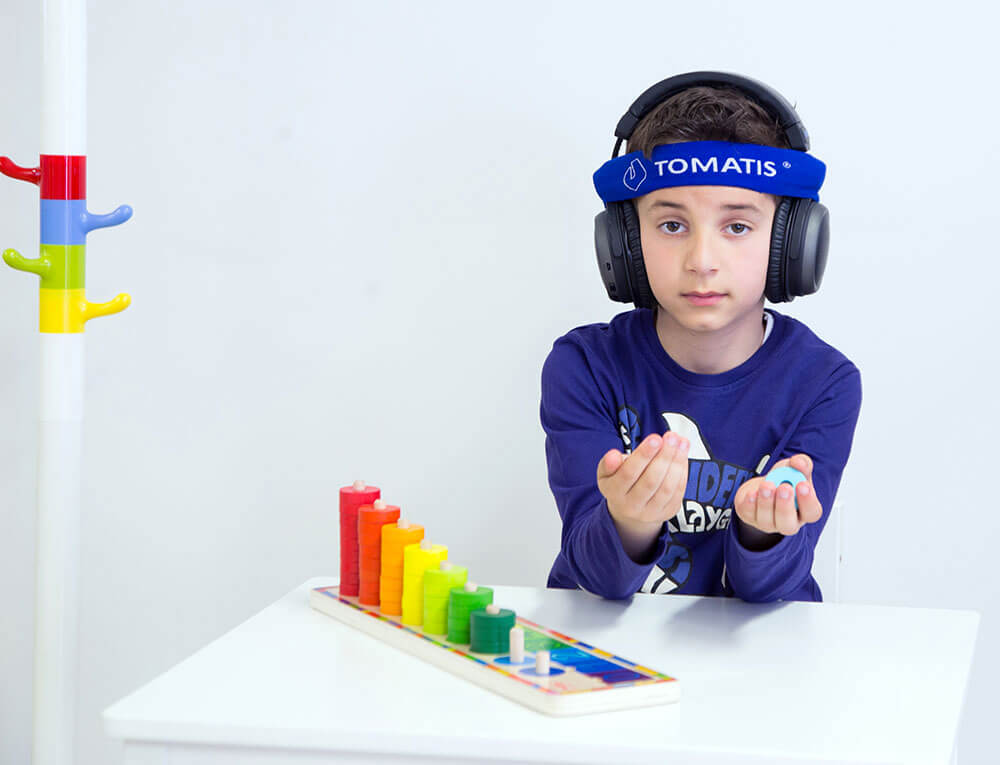 During its development, a child has to learn to select the sound elements that are compatible with its linguistic environment, and at the same time ignore those elements that are absent from the phonetic structures that it perceives in its usual surroundings.

The child will acquire a linguistic coding by adjusting to the sound structures of its own language. But because this coding is specific to each language, it will rapidly become a brake on the learning of a foreign language, insofar as the sounds of the foreign language do not conform to the sound patterns of its native language, which have been interiorized during infancy.

If you wish to practice your English skills with the Tomatis method, read more about our new training headset Pronounce: www.pronounce.com 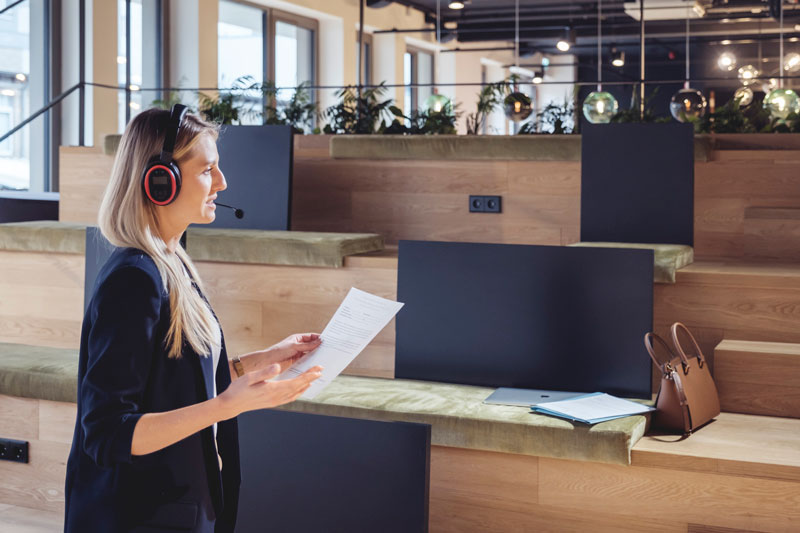